News
You are here: Home1 / News2 / Application Note3 / How the J105 SIMS works: An introductory guide

In this article, we aim to give you an overview of how the J105 SIMS works, as it is quite different to other ToF SIMS. We will guide you through the various features of the instrument and explain their purpose, how they work, and what the benefits are.

The J105 was designed to get around many of the limitations faced by traditional ToF SIMS instruments, particularly for biological samples. One of the ways this is achieved is by not pulsing the primary ion beam, but instead running it in DC, or continuous mode. This is a major advantage and is what makes the J105 a very different instrument to most other ToF SIMS.

One of the biggest advantages of having a continuous beam is that any ion beam, no matter what size, can be used as the primary source. This gives the user a lot of choice when designing their experiment. We’ll cover the intricacies of different ion beams in a different article, but for the purposes of this discussion we’ll focus on gas cluster ion beams (GCIB).

A GCIB typically consists of thousands of constituent atoms, giving it a collective molecular weight anywhere from 100,000 g/mol upwards. Under typical acceleration voltages (kV), such a large ion moves very slowly, requiring longer pulses and on a conventional ToF would result in poor mass resolution. By running in continuous (or long pulsing) mode, the J105 is able to get around this issue and take full advantage of the benefits of using GCIBs.

The other major advantage of running in DC mode is that focusing the ion beam to a fine spot can be prioritized without affecting the performance of the mass spectrometer. With our most powerful GCIB, the GCIB SM, the optics have been designed to enable spot sizes of just 1.5 µm, combining greater spatial resolution with high-sensitivity mass spectrometry. The benefits of this are clear, and have been highlighted recently by the pioneering work published in Science.

Secondary ions extracted from the surface contain a lot of energy making them difficult to control. In order to form the secondary ions into a controlled beam, they enter an RF quadrupole filled with N2, which slows the ions down through the process of collisional cooling.

This is a crucial step, as it decouples the effects of the primary beam and the sample from the secondary ions. By effectively wiping the memory of any interaction on the surface, this step enables the J105 to analyse samples with complex topography without any loss of mass spec performance.

Benefits: Consistent performance that is independent of ion beam or sample topography.

In many ways the heart of the instrument, the Buncher is what takes a continuous stream of secondary ions coming from the quad and forms them into a very short pulse. In order to measure the time-of-flight without pulsing the primary beam or the extraction, the Buncher creates an asymmetric pulse that focuses all ions of the same mass to a single time focus, T0. This is an essential step, and is what ultimately determines the mass resolution.

As with any form of mass spectrometry, definitively assigning peaks requires a secondary validation step. One way to do this is through tandem MS, whereby a parent ion is selected to undergo fragmentation and the resulting spectrum is used to determine the exact form of the parent. The J105 SIMS was the first SIMS instrument to introduce tandem MS, and is included as standard on all our instruments.

When a user selects an ion of interest, it is directed into a high-energy collision cell filled with N2, producing characteristic fragment ions. Whether running an MS1 or MS2 experiment, ions then enter the 1500 mm long reflectron before being detected.

The J105 SIMS contains several innovative design features that combine to produce an instrument like no other, optimized to enable both maximum sensitivity and maximum spatial resolution simultaneously from any ion beam. Consistent performance is guaranteed, as the mass spectrometer delivers high mass resolution (> 10,000) and mass accuracy (< 5 ppm) that are completely independent of the ion beam and the sample environment.

The J105 SIMS is the ideal tool for a wide range of applications and sample types, including biological research, pharmaceuticals, thin films, polymers, energy applications and many more. To find out if the J105 might be the right instrument for you, or to arrange a demonstration, please get in touch via our Contact Page. 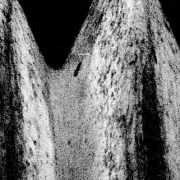 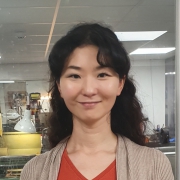 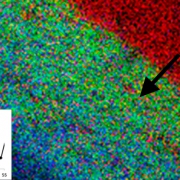 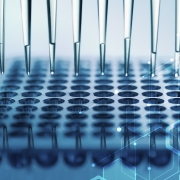 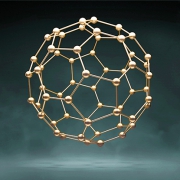 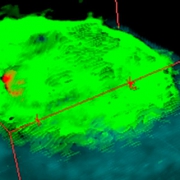 Depth Profiling in ToF-SIMS with the J105 SIMS
0 replies

Want to join the discussion?
Feel free to contribute!

Tweets by @IonoptikaLtd
Scroll to top