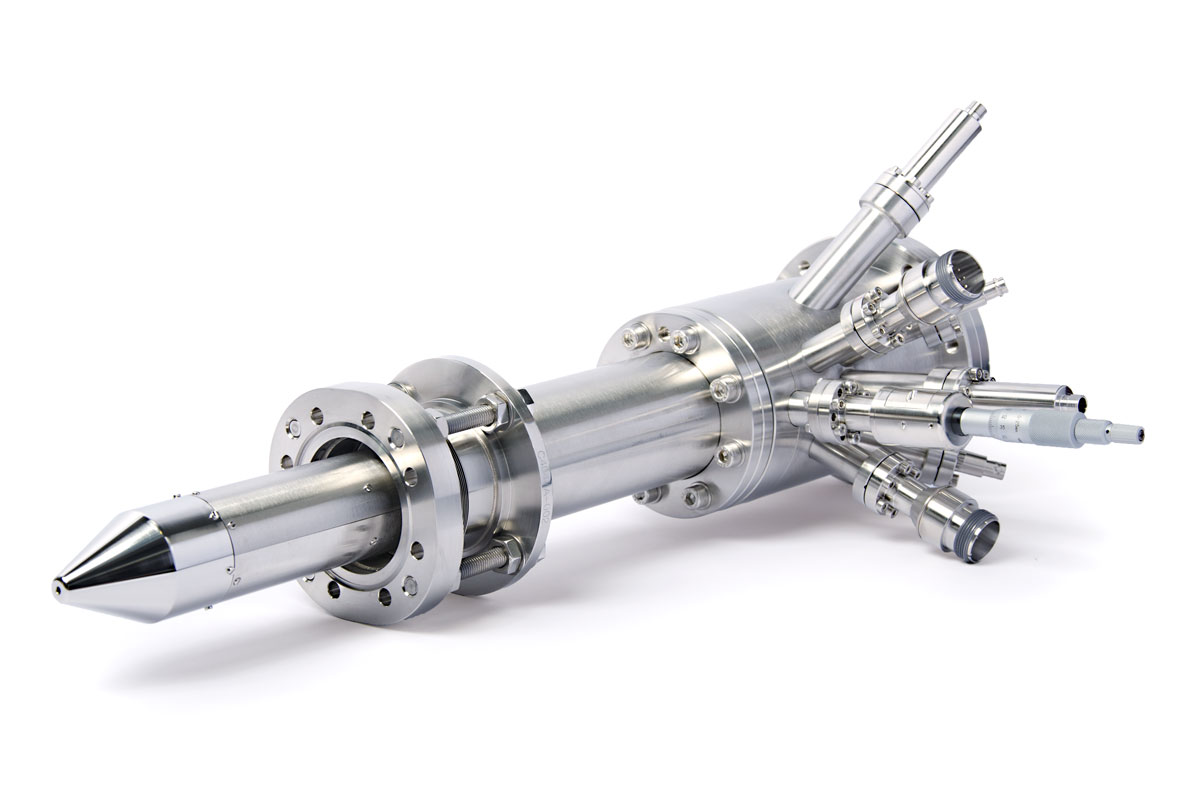 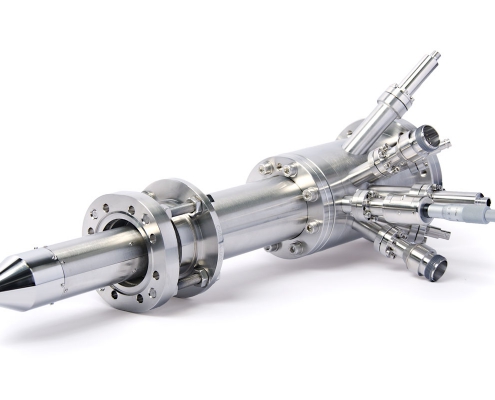 The IOG 25AU is a 25 kV high performance liquid metal ion beam system designed to provide a range of gold and gold-cluster ion beams for SIMS applications. It offers a wide current range with fine probe capability and DC or pulsed operation. Digital control allows easy setup of the gun and a provision for remote control is included.

The most useful species that can be selected by the mass filter are as follows:

The use of a gold cluster ion beam gives a significant improvement in ion yields compared with lower mass primary ions. The figure below shows that the gold and gold cluster beams show a progressive increase in yield, all being superior to a gallium primary beam. In the 1000-2500 mass range, Au3+ shows 75 times the yield from gallium. 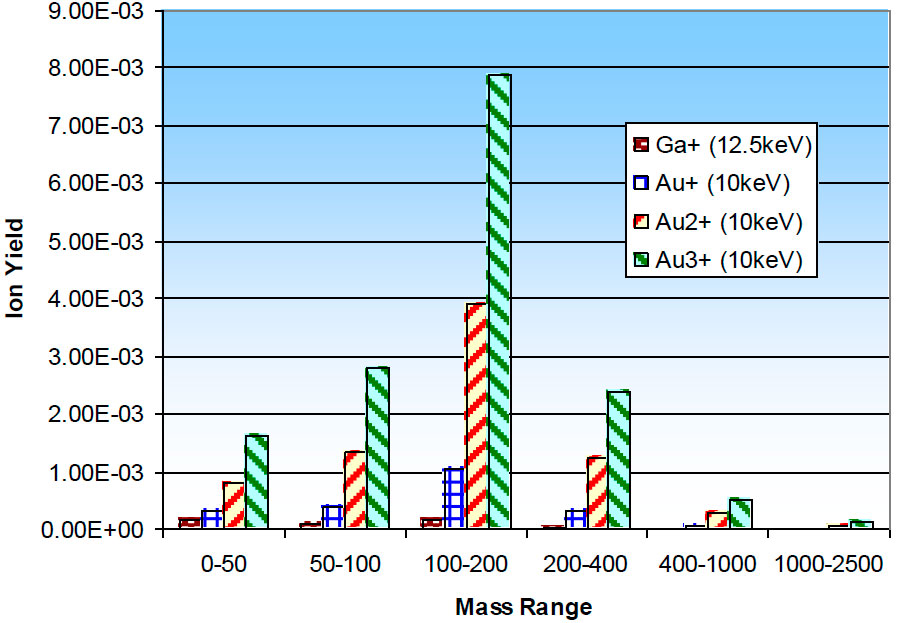 The next figure illustrates the imaging capabilities of the IOG 25AU, with the four prevalent gold cluster ions. The Au++ shows particularly high spatial resolution of the 12.5 micron mesh. 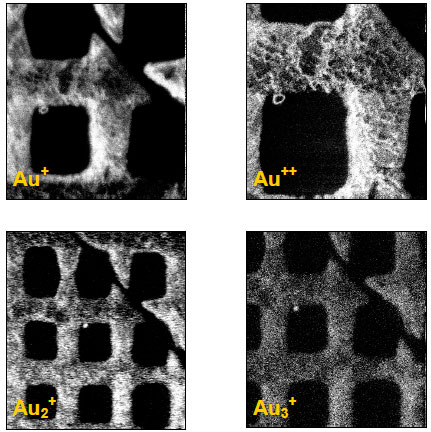 The IOG 25AU can be set up for minimum motion blanking for TOF-SIMS by placing an intermediate field image is between the pulsing plates. This crossover mode can also be used in d.c. operation as a variable probe current mode – controlling the beam current by moving the intermediate image along the optical axis.

The ion gun is driven by a 6U, 19 inch high-voltage power supply unit. Control is via a PC user interface, with communication between computer and power supply via a serial interface. The control software is available as an installable package or ready installed on a PC. The software comes with a range of useful features including the option of running either voltage or current control, wobble function, panel lock and saving settings.

The IOG 25AU has a compact design, to facilitate its installation as an instrument upgrade. The envelope of the gun can be varied to meet individual user needs, and the following versions are available:

The following items are also available from Ionoptika, for use with the IOG 25AU:

The gun can be connected to alternative scanning or pulsing electronics if desired.